Is it necessary to take SMB during your dive ?

Surface Maker Buoy is also named as the dive safety sausage . the  SMB is  floated on the surface during a dive to mark the diver's position during  drift dives, night dives, mist or disturbed sea conditions such as  Beaufort force   or greater. The buoy lets the dive boat follow the divers and highlights their position to other boat traffic.

A closed SMB, inflated through a valve, is likely to be more reliable, by remaining inflated, than an open ended buoy which seals by holding the opening under water. A permanently buoyant marker shares this advantage.To avoid losing the reel, a lanyard may be used to attach the  diving reel  to the diver. This lanyard can clip to the buoyancy compensator  or go around the wrist. Alternatively, the lanyard can be long enough to float above the diver and stay out of the way. If the lanyard clips to the buoyancy compensator, the user should take care to release if there is surface boating activity, as boats may drag divers up by their SMB reels. 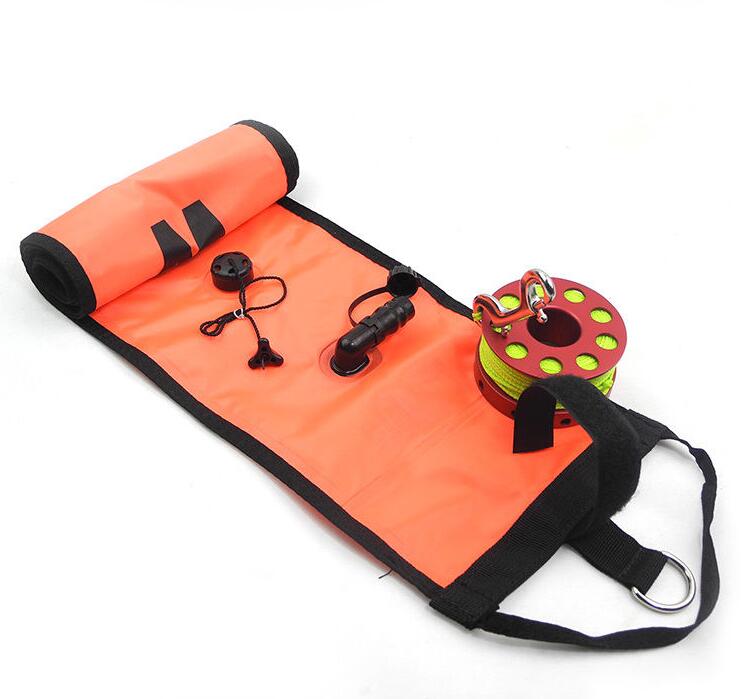 Before we are up to the surface of the water ,we do not know the water situation .a kind of dangerous if you temerity rise to to the surface . diver might encounter the surface boat which is right up to you . this accidence might happen to you if the waters you dive is active or heavy trafic. it is important to realease the SMB to make people pay attention to your position . this is one of the role that SMB plays in

Divers will encounter many unexpected accidences like LOST BUDDY,intense shock during their dive . it is necessary to open the SMB to keep you in balance and let your budies on the water surface know where you are .

.
In summary , SMB as can be said to be
In summary , SMB is useful sub gear as a life-saving tool if you can operate it in the right way . otherwise,it puts you indanger .here are some advices on how to use the SMB

Do not hold the rope in your hands or tie to your body in case of draging by the SMB to the surface . you can tie it to some heavy object at the end of SMB.